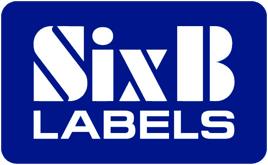 Craft Beer By The Can: Three Important Elements to Know

As a custom label manufacturer, SixB Labels makes a significant, ongoing effort to stay on top of industry trends. We have been producing labels for beverage industry clients for decades, and in the last few years we have observed a growing trend among beer craft brewers to switch from bottles to cans.
Canned packaging is quite the trend, despite the fact that when many consumers think about craft beer, the typical image that comes to mind is of a table or a bar with drinkers raising long-necks to their smiling lips. Craft beer in bottles, especially those of dark amber or green glass, is iconic and a staple. Not only has craft beer been distinguished by its high quality and flavor profiles, but by its sparkling, eye-catching packaging.
So it may come as a surprise to some that American craft beer in cans is becoming increasingly accepted by consumers, as well as a more common sight in breweries and stores. To better appreciate how this part of the beverage market has changed, it is helpful to know three things about how craft beer — an industry valued at $23.5 billion and growing fast — creates its niche in the beer marketplace.
How Does Craft Beer Distinguish Itself From Mass-Produced, Domestic Beer?
Appearance: Unlike craft beer, mass produced beer is generally lighter in color — typically a pale yellow —and the head on a mass-produced domestic beer, once poured, doesn't last as long.  Craft beer comes in a variety of colors, often darker, and has a crisper, longer-lasting head,
Flavor: Mass-produced beer has a uniform flavor, and it tastes best when drunk ice cold, whereas craft beer brewers use hops and specific, hand-selected ingredients in their brewing.  As a result, craft beer offers a variety of flavor profiles according to the batch. It is often served at a temperature between 50 and 55 degrees, to bring out those flavors.
Production: Cheaper ingredients, like rice and corn, and large-scale production makes mass-produced domestic beer less expensive. Small-batch brewing is labor intensive and uses more expensive ingredients; so any innovations that help offset the costs of packaging, shipping and storage are welcome industry trends, and that is what canning has done for the craft beer industry.

How Has Switching to Canning Craft Beer Impacted 903 Brewers?

One of our clients, 903 Brewers in Sherman, Texas, embodies these industry changes. Natalie Roberts and her husband, Jeremy, both grew up in Sherman, and love to represent their town to the public, co-owning the brewery. They home brewed for a couple of years before they decided to open their business in 2013.
Until the last few years, most consumers purchased their craft beer in bottles, seen as emblematic of high-quality beer. Starting around 2002, a few brewers began to sell their craft beer in cans. Despite initial industry skepticism, due to associations between canned beer and mass market consumption (e.g., frat parties,) producers discovered the quality-control benefits of canning — improvements in freshness and flavor due to opaque cans and tight seals.
By selling craft beer in cans right off the bat, 903 has jumped directly into this industry trend, appreciating all the advantages this new and improving technology provides. Roberts explains that a can is "like a little keg." She adds that since UV light can penetrate even dark amber and green bottles, let alone clear ones, and can create "skunky" or "onion-y" flavors and scents in beer, the opacity of a can protects the brew, while the lid of a can makes a more durable seal than the crown cap on a bottle.
903 Brewers sell well-reviewed food and boast a couple of award-winning brews among their ever-changing product lines. They offer a large assortment of beer styles, with many seasonal choices, from Pilsner to their Sasquatch Imperial Chocolate Milk Stout and their Kilt Switch Scotch Ale, both of which medalled at the Great American Beer Festival. 903 usually has 10 - 15 new flavors to sample. Because they produce so many small batch beers — this year they will produce around 70 different beers, where some of their offerings sell out within a day or two — flexibility and speed are key. Roberts explains that this is why SixB Labels has simplified selling their small-batch runs. 903's beer can labels are full color, digitally printed on 2.4 mill white BOPP, with a shiny self-wound laminate that makes the multiple colors pop. They can order as few or as many as they like, and make nuanced changes as needed.

What Does the Future of Canned Craft Beer Look Like?

Canning offers options to both startups and established businesses in the craft beer industry. Mobile canning operations are increasingly flexible, efficient, and less noisy in production. They are lowering overhead by taking up less square footage, and turning out to be cheaper than bottling operations. Cans are lighter and therefore cheaper to ship and warehouse. Many craft beer consumers are ecologically aware,  and appreciate  the more robust recycling opportunities available  with cans.  The lowered carbon footprint of canning operations appeals to them as well.
The owners of 903 Brewers are optimistic about the future of their business. While they have witnessed strong growth, the impact of the pandemic has also been felt along with its effect on production, and Roberts indicated that supply chain issues have been difficult to navigate. They find themselves having to work much further in advance to ensure that they have all the supplies that they need. She noted that in the midst of this challenge, strong relationships with their vendors have been invaluable.
The SixB Labels team is happy to  be one of those vendors, and gratified that our labels have played a part in 903 Brewers' success. We offer you decades of experience in supporting beverage makers, including beer, wine, water and soft drink producers. You can rely on our expertise in providing solutions for your beverage labeling needs. If you have an upcoming labeling project, contact us today!

Save Time - Email Us Directly With Your Craft Beer Can Label Questions: